Evan Hopkins was a leading preacher and author over century ago. His book, The Law of Liberty in the Spiritual Life is a definitive exposition of the message that brought spiritual renewal and increased missional involvement to many through the early years of the  Keswick Convention in England. In chapter 3, Hopkins delineated man as spirit, soul and body to give greater clarity to creation, the fall, redemption and faith-based sanctification. Here is an excerpt. 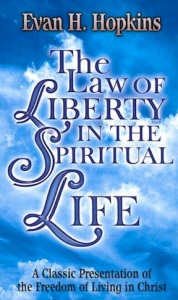 “May we not see a picture here of man’s present condition? Created originally “in the image and after the likeness of God [Gen. 1:26],” man, as he is now by nature, no longer reflects the moral beauty and perfection of the Divine character. While in one part of his nature – the soul – God’s image is defaced, in another part the spirit – it is altogether obliterated. The footprint of the Evil One is distinctly visible.

And yet we would not say that there are no traces of the original inscription. The Scriptures recognize such outlines, faint though they be, even among the heathen (Rom. 2:14, 15). And yet while this is true, the word of God speaks of man as wholly corrupt, and needing a change, so complete and thorough, that it is called a “new creation.” He “must be born again.  [2 Cor. 5:17; John 3:3]”

Man as originally created, consisted of spirit, soul, and body. We read, “The Lord God formed man of the dust of the ground, and breathed into his nostrils the breath of life; and man became a living soul” (Gen. 2:7).

In order of thought, we have first the construction of the body. Man was made of the dust of the ground, and fashioned by the hand of God, as the potter fashions the clay. Then, into that body thus formed, God breathed “the breath of life.” And yet “the formation of man from the dust, and the breathing of the breath of life, must not be understood in a mechanical sense, as if God first of all constructed a human figure from the dust, and then, by breathing His breath of life into the clod of earth which He had shaped into the form of man, made it into a living being. . . . By an act of Divine omnipotence man arose from the dust; and in the same moment in which the dust, by virtue of creative omnipotence, shaped itself into a human form, it was pervaded by the Divine breath of life, and created a living being, so that we cannot say the body was earlier than the soul” (Delitzsch).

“It does not necessarily imply that the basis of the life-principle in man and the inferior animals is the same. The distinction between the two appears from the difference in the mode of their creations. The beasts arose as the Almighty fiat completed beings every one a living soul. Man received his life from a distinct act of Divine in-breathing — a communication from the whole Personality of the Godhead. In effect, man was thereby constituted a living soul like the lower animals; but in him the life-principle conferred a personality which was wanting [lacking] in them” (Delitzsch).

Man not only received that part which we term soul, but that part termed spirit. He was not a mere individual creature, like the lower animals: he became a person. That personality was the meeting point of the two natures, the animal and the spiritual. He consisted, therefore, of the three parts – spirit, soul, and body. Body and spirit uniting in the personal soul is the true idea of man as he came forth from the hand of God…