“The Need for Balance in Spirit, Soul and Body” 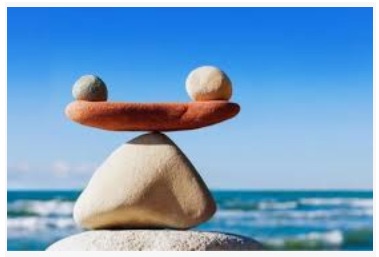 We have been occupied with the inward nature of that which issues with the resurrection of the Lord Jesus, and we have been looking again into the nature of man as he is by reason of the fall; what it is that the cross of the Lord Jesus does with him, and what it is that comes out in the resurrection of the Lord Jesus to be the material of the church which He said: “I will build”. The constitution of man is very largely the subject of consideration and while we have said very little about his body (there may be something yet to say on that) we have been mainly occupied with the other two aspects of his being: soul and spirit.

Just to take that up now with a view to saying a few further things, let us remind ourselves that the Scripture teaches us quite plainly that the soul, or ‘psuche’ is the sum total of man’s natural powers – the life as born into the world, and all that it contains or can attain unto. That is man, of course, since the fall. But the spirit, the ‘pneuma’ is not only that which lies behind the soul, just as the soul, or ‘psuche’ lies underneath the bodily organism, the spirit is that part of man which is unable to expand of itself, or to attain to its proper end in consequence of the fall. The Scripture tells us that there is a spirit in man, there is a ‘pneuma’, but that in consequence of the fall it is, for all divine purposes, as though it did not exist; what the Scripture calls ‘death’ has taken place, and that is that part of man by which he was joined to the Lord. The Lord being a Spirit, has fallen out of that relationship so that man is no longer a spiritual man, but a soulical man [1 Cor. 2:14].

Further, the Word of God makes it perfectly clear that man does not know that he is in that state. If man could know his own spiritual powers, or even know how lamentably he has lost their use by the fall, he would not be as fallen as he is. The root of his trouble is that he knows not that he has got it, and the work of the spiritual Physician is primarily not that of removing something, but making the patient know that he has a function of which he is altogether unconscious, and that that function is not functioning. He has to disclose the function, the healthy enjoyment of which has never been known, and therefore it is hardly suspected. It is that organ and function of the ‘pneuma’ which is basic to everything in relation to God…

(bold, italics and bracketed words added for clarity)
from The Nature of that which Issues in the Resurrection of Christ  by T. Austin-Sparks, Chapter 4. Courtesy of https://www.austin-sparks.net
Full Chapter 4 document – “The Need for Balance in Spirit, Soul and Body”:
Balance in Body, Soul and Spirit_TAS